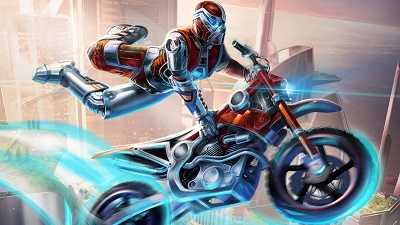 Multi-platform Finnish video game developer and publisher RedLynx is gearing up for the release of its latest title from the highly popular Trials series, Trials Fusion. The game is scheduled to have its debut on April 16, 2014 via digital download and on April 17, 2014 via retail. It has been reported that Trials Fusion will be available for Xbox 360, Xbox One, PlayStation 3, PlayStation 4 and PC and will be priced at €19.99.

The retail version of Trials Fusion will feature both the game and Season Pass and it will be available for PC, Xbox One and PlayStation 4 only. Moreover, the Season Pass can be purchased independently and it will be priced at €19.99 and will grant access for 6 DLC packs for the upcoming year. The DLC packs in question will feature new items, parts, tracks, in addition to many other things.

It has been reported that the eagerly anticipated title will incorporate the same gameplay that fans grew to love about the series, while also featuring a new FMX tricks system. Players will be able to create their very own tracks thanks to the Editor Mode, which will be experiencing changes of its own.