TowerFall Ascension, the popular multiplayer arena combat game is scheduled to be released on March 11, 2014 in the United States on PlayStation 4. The latest news has been confirmed by Matt Thorson – the developer behind the game – and he also stated that an EU release should be revealed in the near future. 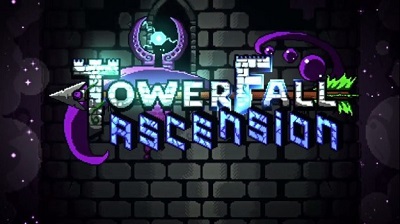 The game is described as a ‘4-player archery combat platformer which is inspired by classics from the popular days of local multiplayer’. TowerFall Ascension had its debut on the Ouya console as simply TowerFall and managed to receive critical acclaim for being the micro console’s killer app. Now, the expanded game will come with new features, such as 50 new Versus arenas – for 120 levels – a couple of new power ups, new match variants, as well as new one or two-player co-op Quest mode.

When asked about the Quest mode, Thorson said that it is “an arena mode where monsters spawn from portals as you defend yourself using the same skills you’ve honed in Versus mode.” In addition to the PlayStation 4, the game is expected to be released for PC in the first quarter of 2014.

Here is the video featuring new Quest mode in action: