Lucario – the fighting-type Pokemon – is the 22nd character to be featured in the Smash Bros. 4 inventory. The character first appeared in Super Smash Bros. Brawl and Smash Bros tournament players considered Lucario as one of the strongest characters in the game. In Super Smash Bros. Brawl, this tough Pokemon was thought to be the ultimate risk/reward character, as gamers were able to get the most out of it only in those instances when it sustained plenty of damage. 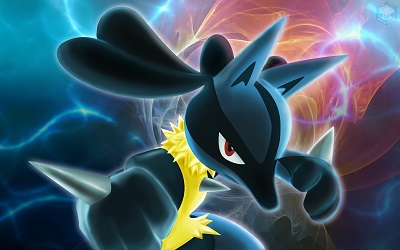 This happens because of its Aura move, which begins somewhat weak, but becomes more powerful depending on what is the amount of damage which has been done to Lucario. When the character is close to being defeated, the Aura move can be devastating. With this in mind, the majority of experienced Lucario players have been known to take damage on purpose at the beginning of a match, in order to make the Aura move more powerful and stage a comeback.

It seems that this kind of strategy will be even more important in Smash Bros. 4, as Masahiro Sakurai – the series director – revealed the character’s presence in the game by saying, “We’ve increased the influence of Aura this time, so a damaged Lucario is truly a force to be reckoned with.”

Namco Bandai is one of the developers behind Smash Bros. for Wii U and 3DS and even though the release date has not been announced yet, it is expected that the games will be launched during 2014.