American multinational corporation Microsoft has announced the upcoming release of Fable Trilogy for Xbox 360, which is a pack that contains all three mainline games from the Fable series. The pack – scheduled to be released on February 7, 2014 – is set to feature Fable Anniversary, which represents the HD upgrade of the original Xbox game. In addition to that, Fable Anniversary will be released as a standalone on February 7, 2014. 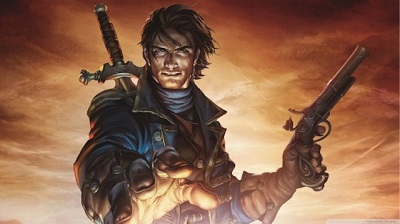 Microsoft confirmed the existence of the pack, following a listing’s appearance on the Xbox Marketplace last week. A spokesperson for the company said, “The Fable Trilogy bundle in the Xbox Marketplace is real and in development. The bundle will include full Xbox 360 titles for Fable Anniversary, Fable 2, and Fable 3. We’re excited to share official details regarding the release soon on Lionhead.com.”

The upcoming Fable Anniversary is an HD upgrade of Fable: The Lost Chapters, the expanded version of the original title which was released back in 2004. Some of the features which will be introduced in Anniversary include new achievements, leaderboards, complete 1080p visuals with lighting and animation which are powered by Unreal Engine 3 and an updated save system.

Meanwhile, Fable 2 and Fable 3 will not be undergoing any changes. Lionhead is in the process of developing the first Fable installment for Xbox One. The upcoming game – titled Fable Legends – will feature an online world with four-player cooperative play.