American independent digital publisher Telltale Games is gearing up for the upcoming release of its point-and-click adventure game, Fables: The Wolf Among Us Episode 2. The studio has announced that the second episode in the series is scheduled to be released in the first week of February 2014, a few months after the first episode had its debut on October 11, 2013 on PlayStation 3, Xbox 360 and PC. 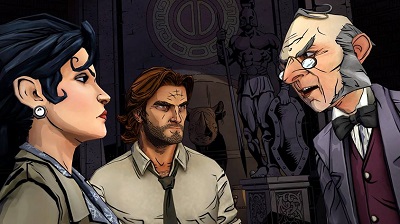 Kevin Bruner, the co-founder of Telltale Games confirmed the news after long delays to the episode’s release, which have been caused by ‘unusual’ issues during the game’s development process. Bruner stated that the studio is working with all of their partners, including Apple, PlayStation, Xbox and Steam in order to coordinate everything, but they are confident enough the make the announcement.

He said, “The episode is looking really good (as is the rest of the season!). We are very concerned about the long delay for this episode, but this is one of those occasions where several things conspired against us (not to mention the additional delays due to the holidays).” Bruner opted not to discuss the details, but said that it has been an unusual and specific set of circumstances and the studio does not anticipate it happening again.

The game takes place before Bill Willingham’s award-winning series and the player assumes the role of Bigby Wolf – Big Bad Wolf – who has been exiled to New York. In the new episode, Bigby must keep fairy tale characters – such as the Three Little Pigs and Mr. Toad – undetected in the human world.