Rayman Legends – the upcoming platform game and fifth main title in the popular Rayman series – is set to be released on Xbox One and PlayStation 4 one week earlier than originally planned. Even though the French multinational video game developer and publisher Ubisoft was scheduled to release the highly anticipated game on February 28, 2014, the studio has re-announced a brand new release date – February 18, 2014 – for both Sony’s PS4 and Microsoft’s Xbox One. 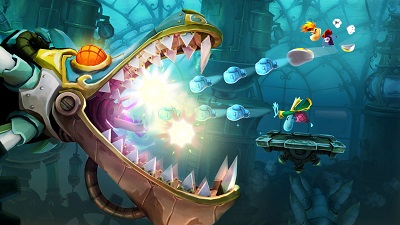 In addition to that, Ubisoft has revealed new playable characters that will be featured in each version of the game. On Microsoft’s next-gen console, players will be able to find two characters – Far Glob and Ray Vass – and both of them have been inspired by Vaas, the Far Cry 3 villain.

On the other hand, the PlayStation 4 version of Rayman Legends will have a character inspired by Edward Kenway from Assassin’s Creed IV, called Assassin Ray and players will be able to unlock Funky Ray with their Uplay points. Moreover, ‘the most active and highest-ranked players in the Online Challenges’ will be allowed to unlock an ‘exclusive VIP hero’ by the name of Champion Ray.

The PlayStation 4 users will also be able to try out the Camera Mode by using their PS4 touchpad. By pressing the touchpad once, players will freeze the game and then enter the Camera Mode. While in this mode, players will be able to zoom in and out and also pan to adjust the frame by moving their fingers. When they are happy with their picture, users can share it with everyone by pressing the PS4’s Share button.