American video game developer and publisher Interplay Entertainment’s games in the Fallout series have been removed from GoG, the digital distribution service. Fallout, Fallout 2, and Fallout Tactics can no longer be purchased via the service and GoG released a statement regarding the latest development, saying that this is due to circumstances beyond their control. 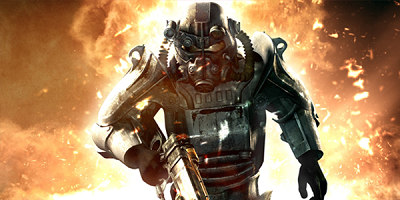 GoG explained that users who bought Fallout, Fallout 2 or Fallout Tactics on the service’s official website before December 31, 2013 at 3:59 pm GMT will be allowed to download the series’ bonus content and install files through the ‘My Games’ part of their user accounts. The company also said, “Gift-codes for these three games acquired in our recent giveaway are no longer valid. However, if you own a gift-code for any or all of them that was purchased outside of the said giveaway, you’ll still be able to redeem it in the foreseeable future.”

Even though nothing has been confirmed, the move is most likely connected to licensing complications. Bethesda’s parent company, ZeniMax Media managed to win an extended legal battle against Interplay Entertainment back in 2012 in order to secure the rights to the Fallout MMO, as well as complete control over the Fallout IP.

Fallout 4 – which has not been officially announced yet – has been in the news recently as certain leaked casting call documents allegedly appeared online and revealed a Boston setting, in addition to other Fallout-related locations and characters.