Japanese developer and publisher of video games Capcom is gearing up for the release of its free-to-play fantasy online role-playing video game Deep Down. The upcoming, highly anticipated game – which is scheduled to be the PlayStation 4 exclusive – does not have an exact release date yet and the studio has been avoiding setting it in stone for some reason. 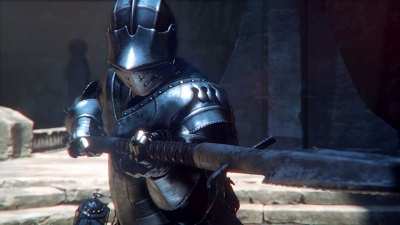 However, a series of Tweets have been posted on the game’s official Twitter account on January 2, 2014 and they revealed a vague update, stating that Deep Down will be released ‘as soon as possible next year’. One of the Tweets read, “There’s only a little bit until this year ends. Deep Down was announced at the PlayStation Meeting 2013, it was playable at the Tokyo Game Show 2013, where it managed to get a Future Division Japan Game Award.”

In another Tweet, the studio thanked everyone and stated how grateful they are for everyone’s support. The developer said that they will work hard so that fans will be able to play the game as soon as possible. Capcom also confirmed that they will continue to provide new information during 2014, following the release of Deep Down’s trailer on December 27, 2013.

The upcoming game’s gameplay consists of that of a dungeon crawler and involves the player exploring dungeons based on the memories collected on artifacts.