Scottish video game development studio 4J Studios made the decision to break Minecraft’s Xbox 360 console exclusivity earlier in 2013 and announced that the popular game would also become available on PlayStation 3, PlayStation Vita, as well as the next-gen consoles, Xbox One and PlayStation 4. Minecraft is the extremely popular sandbox indie game which managed to reach the level of a pop culture phenomenon and its PlayStation 3 version has been released recently. 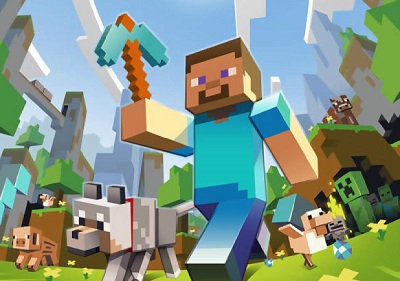 Even though the game received its PS3 version, the other three previously announced versions are nowhere in sight and it looks like players will have to wait a little bit longer than what was predicted at first. It has been reported that 4J Studios – the masterminds behind Minecraft – have announced that the game will not be released for PlayStation Vita, PlayStation 4 and Xbox One before March 2014. In addition to that, the studio confirmed that the PlayStation 3 and Xbox 360 variants of the game will not be getting any updates during the upcoming period.

4J Studios wrote on their Twitter account, “Thanks for another great year everyone! 4J Studios is now off for a Christmas break. Hope you all have a very Merry Christmas. We’ll be back in 2014 to continue work on #MinecraftXBLA, #MinecraftPS3, #MinecraftXbox1, #MinecraftPS4 and #MinecraftPSVita.”

This means that the 1.02 patch which was released over the past weekend to Minecraft: Playstation 3 Edition will be the last one in 2013.