Following the release of Total War: Rome 2 on September 3, 2013, British video game developer The Creative Assembly has decided to unveil the game’s DLC, titled ‘Caesar in Gaul’, however, it has just been announced that its debut has been postponed until next week. 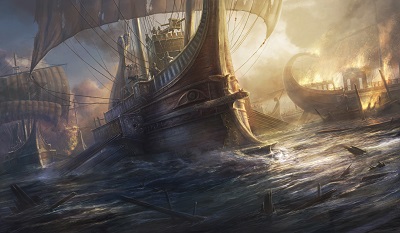 The studio released a statement on Tuesday, December 10, 2013, which read, “Just a heads up to let you know that we’ve pushed back the release of the Caesar in Gaul Campaign Pack slightly to Tuesday 17th December in order to give us a bit more time to squeeze in some additions to the accompanying patch.”

The campaign expansion’s previously scheduled release date was on December 12, 2013 and was priced at £9.99 or €14.99 or $14.99. The DLC will enable players to choose from four playable factions – Rome, Gallic Arverni, Belgic Nervii and Germanic Suebi – in a conflict which was inspired by Caesar’s Commentaries on the Gallic War.

Mike Simpson, the Total War series creative director explained that they have always planned on focusing more closely on some of the most important conflicts of the ancient world and the war which Caesar led in Gaul was the perfect place to start. The ‘Patch 8’ update is promising performance and technical issue updates, AI and pathfinding improvements, in addition to many others. Sega announced in November 2013 that Total War: Rome 2 managed to sell 800,000 copies in its first month of availability.