Multinational video game developer and publisher Rockstar Games will be treating fans of Grand Theft Auto V with a significant single-player story expansions, which will be revealed during 2014. The studio addressed big plans for new content in one of its latest announcements and stated that Michael, Franklin and Trevor’s action, unexpected adventures and mayhem will be continued in Southern San Andreas, with the help of substantial additions. 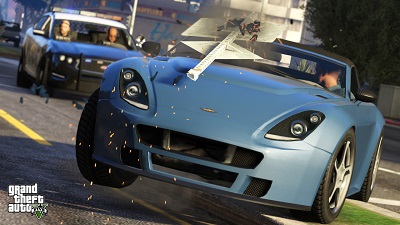 In addition to that, the developer announced that co-operative Heists for GTA Online were currently in production and are scheduled to be released in 2014. Rockstar Games said, “Heists are currently in development and we are working very hard to get them as polished and as fun as they can be. Stay tuned for much more detail in the New Year.”

The company is getting ready to launch the Deathmatch & Race Creators Beta for GTA Online this week and players will be allowed to create their own missions in the game’s online section. Additionally, they will be able to share what they have created with other players and the best creations will be featured in a selection of ‘Rockstar Verified Jobs’.

The beta will most likely go live on Tuesday, December 10, 2013 and the release of a new competitive team mode – titled Capture – will also happen sometime during December 2013.