American video game publisher Activision has detailed the multiple ways players can upgrade current-gen editions of its highly-popular game, Call of Duty: Ghosts to PlayStation 4 and Xbox One editions. The list of options – which is relevant to both North America, as well as European markets – includes a ‘Game Ahead’ program for Microsoft’s Xbox consoles, which enables players to buy a dual-license digital version of Call of Duty: Ghosts at participating retailers. 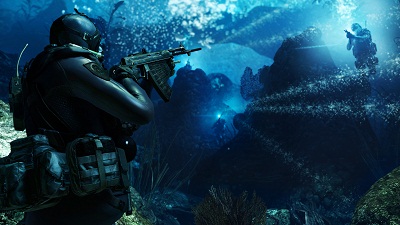 The Game Ahead package connects editions of Call of Duty: Ghosts for both Xbox 360 and Xbox One to a single gamertag and is priced at $69.99 in the US. The list is available on the game’s official website and it details many retail-oriented options for Amazon, Best Buy, GAME, GameStop and the Microsoft store, among others.

All transitions made from current-gen to next-gen editions will carry over unlocks and stats and Season Passes will also be upgraded free of charge. The studio’s thorough list comes after a slow flow of upgrade information, including Activision’s announcement in August 2013 that upgrades can be purchased for a suggested retail price of $10. GAME – the UK retailer – is offering trade-in incentives for current-gen to next-gen trades as well.