American video game developer and publisher Rockstar Games is set to release its eagerly-anticipated game Grand Theft Auto V on Tuesday, September 17, 2013, but copies of the game have been shipped to gamers over the weekend, breaking the studio’s previously-announced street date. The early copies of GTA 5 were reportedly shipped by the online retail giant Amazon, as pictures of the game were posted online on Saturday, September 14, 2013. 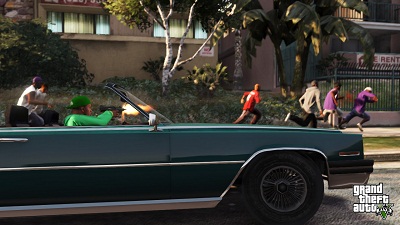 It is not out of the ordinary for Amazon to ship games just before their release dates in order to ensure their arrival on the release date itself, however, when it comes to this case, copies of Grand Theft Auto V turned up in customers’ mailboxes four days early. When asked for comment, Rockstar Games said, “We are in the process of investigating early ‘sales’ to determine how and why that is occurring.”