US-based multinational video game developer and publisher Rockstar Games has revealed new details regarding Grand Theft Auto Online. Leslie Benzies, the studio’s North president talked about the planning for the game and explained that Rockstar Games wanted to create a world that “consists of everything we’ve done or are going to do then let the player freely move between them.” GTA Online will be shipping with the highly-anticipated Grand Theft Auto V and will be released on October 1, 2013. 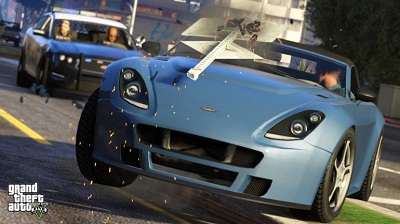 Benzies said, “We’ve always wanted to create a world with the complexity of a single-player Grand Theft Auto game with the addition of real players. We wanted a world where people could spend years without getting bored of playing the same content over and over.” The upcoming GTA Online will have over 500 missions, which will include a combination of solo missions and team missions. When it comes to the story, it will take place after Grand Theft Auto V and players will be motivated to do whatever it takes in order to get more money in the bank.

The online mode of the game will feature female characters and some of the activities will include robberies, hijackings, heists, base jumping and much more. If players need support, they will have biker gangs at their disposal, but only if they play nice with them. Missions will be controlled by the Social Club and Rockstar Games is promising plenty of new content for 2014.