Multinational conglomerate corporation Sony Computer Entertainment Japan Asia has confirmed that it will be launching a redesigned PlayStation Vita handheld. The new Vita is scheduled to make its debut on October 10, 2013 in Japan and will be priced at 18,980 yen (£122 or $190), or 19,929 yen (£128 or $200) with tax. Sony’s latest Wi-Fi handheld will be 20 percent thinner (15 mm) and 20 percent lighter (219 g) than the original PlayStation Vita. 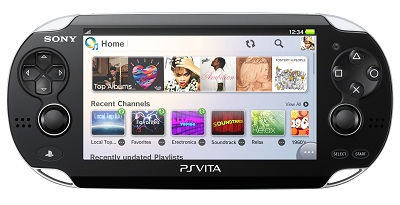 The company’s upcoming handheld has a high-definition, 5-inch LCD display, as opposed to the current Vita’s OLED screen. The new device also has a built-in 1GB memory card and Sony stated that battery life has been prolonged by one hour, which means that it will be offering up to six hours of gameplay. Sony’s latest announcement has been made on September 9, 2013, during the company’s PlayStation press conference 2013.

The latest Vita will be featuring all the basic functionality of the current model and will be available in six different colors, which are designed specifically in order to appeal to all types of consumers, including women and children. Colors which were shown on stage, during the conference, included black, blue, pink, yellow and white.

The company also stated that it has witnessed a ‘remarkable increase in sales of hardware and software’ since it introduced a Japanese Vita price decrease in February 2013.