American video game developer and publisher PopCap Games is currently working on its upcoming game – Plants vs Zombies: Garden Warfare – and the studio has confirmed that it will forego a single-player campaign in order to concentrate on multiplayer-only gameplay. PopCap Games’ highly-popular tower defense series will be getting a spin-off – as it was revealed back in June 2013 at E3 – and Plants vs Zombies: Garden Warfare will be a third-person shooter, scheduled for a spring 2014 release on Xbox 360 and Xbox One first, followed by PC. 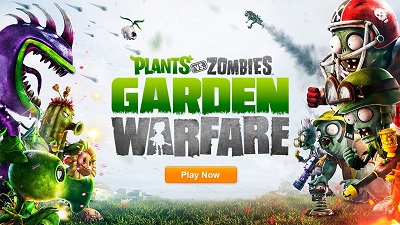 While talking to the media, the studio said that the upcoming, eagerly-anticipated game will concentrate on multiplayer gameplay and will be added to the list of other multiplayer-only titles, along with Titanfall and Destiny. Justin Wiebe, the creative director at PopCap Games said, “We definitely want to build on the game once it’s launched. We’re definitely taking a cue from Plants vs Zombies 2. Using DLC and new content updates, we want to keep players engaged in the long haul.”

The Xbox One version of Plants vs Zombies: Garden Warfare will be priced at $39.99, while the Xbox 360 and PC versions will be $10 cheaper. On the other hand, the next-gen version of the game will feature an exclusive Boss mode, which will allow players to control Dr. Zomboss or Crazy Dave and will also use Kinect or SmartGlass, which will give them  top-down view of the battlefield.