US-based video game developer Firaxis Games has announced that it will be releasing its XCOM: Enemy Within – an expansion to XCOM: Enemy Unknown – on November 12, 2013 for consoles and PC. While the PC version will get the upcoming game’s DLC for $30, PlayStation 3 and Xbox 360 players will have to get the Commander’s Edition, which will include the original game, as well as Enemy Within and the Slingshot and Elite Soldier DLC. 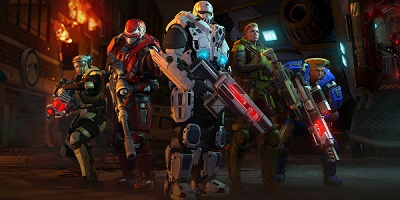 The studio decided on this because the DLC is ‘too big’ and changed the base experience experience to the extent that anything less than a reissue would not seem appropriate. While talking to the media, Garth DeAngelis – the senior producer at Firaxis Games – said, “For the expansion on the PC, it was fairly straightforward. But when it came to the consoles, it was too big. If we wanted to deliver the same content to the console players, we had to do it this way as a standalone expansion on a disc. We couldn’t simply just patch it in.”

DeAngelis also said that gameplay features, new units and such were elaborately connected to the initial experience. He stated that all those things were tied deeply to Enemy Unknown, so the studio wanted to release the Commander’s Edition with all the previous DLC in one place.