Aspyr Media – the US-based entertainment publisher that specializes in porting Windows games to Mac OS – is set to release its popular game BioShock Infinite on Mac on August 30, 2013. This latest release comes after the critically-acclaimed shooter was already made available for PlayStation 3, Xbox 360 and PC back in March 2013. As of Friday, August 30, 2013, BioShock Infinite will be available on Steam, via the publisher’s own GameAgent store and the Mac App Store. 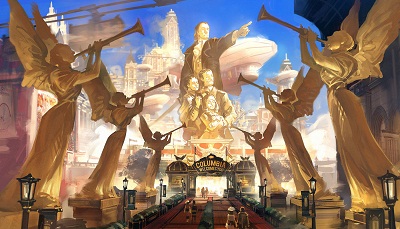 As it was previously stated, users who purchase the upcoming game on Steam will receive both Mac and PC versions of BioShock Infinite, whereas buying the game via GameAgent will offer them a 20 percent discount, as well as the Columbia’s Finest DLC pack free of charge.

Back in July 2013, video game developer Irrational Games announced details on the game’s first single player DLC pack. Titled ‘Burial at Sea’, the content will follow a return to Rapture – the underwater dystopia that players first encountered in 2007’s release Bioshock – and will feature two parts. Meanwhile, ‘Clash in the Clouds’, a challenge pack was released earlier in August 2013.

At the time of the release, Ken Levine, the creative director at Irrational Games said, “We are really excited to offer our fans the content that they have been asking for. With Clash in the Clouds, people get a pure action experience that takes BioShock Infinite combat to its highest challenge and intensity level.”