Japanese multinational consumer electronics company Nintendo has confirmed the release of its Nintendo 2DS, a new and more affordable Nintendo 3DS model, set to make its debut in October 2013. The upcoming, redesigned handheld will be able to play the whole library of cartridge and digital DS and 3DS titles, but only in 2D. The new system will maintain 3DS hardware features, including dual screens, touch-screen interactivity and wireless connectivity. 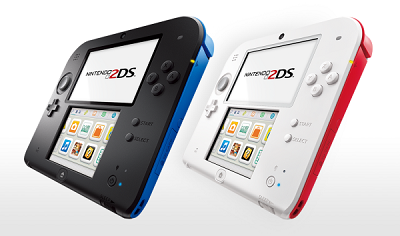 The company stated that its latest device is designed and intended specifically for younger players, as well as for anyone looking for a more affordable way to enter the world of hand-held video games from Nintendo. The new Nintendo 2DS will feature a mono speaker – which is something different, as other 3DS models have the stereo setup – and will also include a memory card of 4GB and a stylus of the same size as the 3DS XL one.