Amsterdam-based first party video game developer Guerrilla Games is getting ready to release its highly-anticipated game Killzone: Shadow Fall on November 15, 2013 in the US and on November 29, 2013 in Europe. Gamers who are looking forward to this release will most probably be glad to know that once Killzone: Shadow Fall becomes available along the PlayStation 4, the studio will continue to support the game’s multiplayer mode through free post-launch downloadable content (DLC). 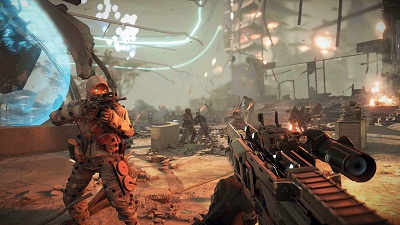 Victor Zuylen, the company’s community editor posted on the game’s official website the following statement, “To increase longevity even further, we plan to continue support for the title well after launch – and yes, DLC multiplayer maps will be released free of charge to ensure everyone can play.”

Guerrilla Games released a multiplayer trailer during Gamescom last week, which enabled fans to get a glimpse of what they can expect once the game makes its debut in November 2013. Along with that, Zuylen also stated some of the game’s key multiplayer components:

1. By using the new, customizable Warzone features, users can choose the number of players (4 to 24), mission modes, rules, abilities, weapons and classes, save their choices and then share them with the Killzone: Shadow Fall community.

2. The game now features 8 different rotating mission modes and 4 of them are completely new. Killzone: Shadow Fall has 3 classes with special abilities and 22 various weapons.

3. Killzone: Shadow Fall multiplayer has more than 1500 increasingly difficult challenges which need to be completed in order to collect awards.