American video game developer and publisher Rockstar Games is getting ready for the release of its highly-anticipated game Grand Theft Auto V (GTA 5). When the studio made a digital pre-order for GTA 5 available in the European PlayStation store, the Internet was instantly filled with various spoilers and leaks, including the soundtrack, sound bytes and other assets. Nick Caplin – the Head of Communications at SCEE – has announced that the digital pre-order file has been removed since then. 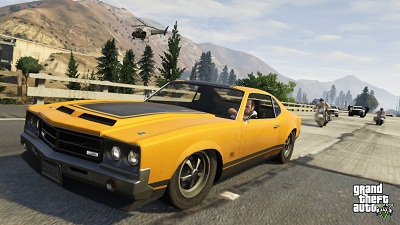 Caplin wrote on the Official PlayStation Blog EU that unfortunately, some people who downloaded the GTA 5’s digital pre-order through the European PlayStation store were able to get access to some assets of the upcoming game and the assets in question were then posted online.

He wrote, “We have since removed the digital pre-order file from the PlayStation Store in Europe. We sincerely apologize to Rockstar and GTA fans across the world who were exposed to the spoiler content. GTA V is one of the most highly anticipated games of the year with a very passionate following, and we’re looking forward to a historic launch on September 17.”

The developer, Rockstar Games has made an announcement since then, stating that Grand Theft Auto V has gone gold, as well as expressing its disappointment regarding the leaks and spoilers. The studio has also warned against the posting of the soon-to-be-released game’s spoilers on its official website. Grand Theft Auto V is set to be released on September 17, 2013 for PlayStation 3 and Xbox 360, worldwide.