Japan-based multinational conglomerate corporation Sony’s ‘wallet-friendly’ 12GB PlayStation 3 is about to reach the US and Canadian markets on August 18, 2013, if numerous retailer leaks on August 13, 2013 are to be believed. Even though the company is yet to make an official announcement regarding this latest development, retailers in both the US and Canada have leaked the information which states that distribution of the low-cost console – set to be priced at $199.99 – is currently underway. 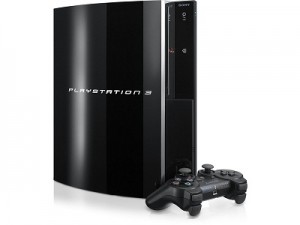 Canadian retailer Future Shop’s website featured a listing for the 12GB PlayStation 3 on August 13, 2013, however, the revealing post was quickly removed. In addition to that, Engadget also managed to secure what is thought to be an image of the latest budget-conscious console, in a Kmart US stockroom, with a label that read August 18, 2013 as the release date.

The upcoming arrival of the 12GB SKU in the US and Canada will be the first time that the PlayStation 3’s official price fell below the important $200 mark. For the time being, the 250GB PlayStation 3 – along with a single game – is available for $270.

The so-called ‘wallet-friendly’ SKU was first released by Sony exclusively in Europe, on October 12, 2012 and was priced at €230/£185. The device features 12GB of flash memory instead of the conventional hard disk drive which is used in other PlayStation 3 SKUs. Even though the console does not offer a great amount of storage for PSN download files, it also does not lower the initial barrier to entry and players are able to connect a SATA internal hard drive with the help of an official mounting bracket, or get an official PS 250GB internal HDD later on.