US-based multinational software corporation Microsoft seems to have made another revision to its next-gen console user policy, as it has just been announced that the included Kinect sensor is no longer needed to be connected for the Xbox One to function. Marc Whitten, chief Xbox One platform architect confirmed to gamers that the upcoming console can be used, even when the Kinect is unplugged. 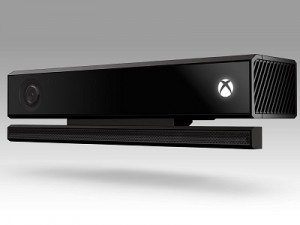 He stated that, like online, Microsoft’s highly-anticipated console will still work, even if Kinect is not connected. However, it was clarified that, in this case, users will not be able to access any feature or experience that uses the sensor explicitly. It seems that this backtracks on earlier plans to make the Kinect sensor a compulsory requirement in order for the latest next-gen console to operate.

Whitten also stated that users of Xbox One will not be able to party chat with Xbox 360 gamers, however, text messages will be cross-gen compatible. At launch, Xbox One users will be able to make their Xbox Live friends lists and arrange them into ‘favorites’ and more categorized features will come in the future. Whitten also talked about the options provided to deactivate a Kinect sensor which is connected. He said, “You have the ability to completely turn the sensor off in your settings. When in this mode, the sensor is not collecting any information”.

In May 2013, Microsoft announced the ability to turn Kinect off completely, due to widespread fears over privacy. Later on, the company assured future Xbox One owners that Microsoft has prioritized their privacy with the device.