As Amsterdam-based video game developer Guerrilla Games is getting ready to release its latest game, ‘Killzone: Shadow Fall’, Japanese multinational corporation Sony has announced the Shadow Pack for players who pre-order the PS4 exclusive from participating retailers. The release date for ‘Killzone: Shadow Fall’ has not been announced yet, but it is expected to premiere in Q4 2013, as a launch title for the PlayStation 4. 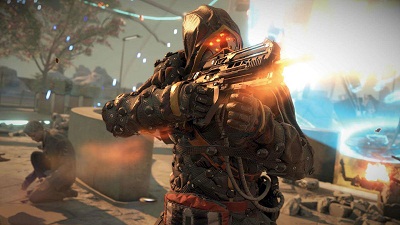 The Shadow Pack will include the game’s official soundtrack and different in-game items, such as skin for the in-game OWL. OWL is a flying combat drone which players can issue various commands, including the deployment of a zipline or shield, with the use of the DualShock 4’s touch pad.

The Shadow Pack offer will be relevant to both US and European territories. Full pre-order bonuses for ‘Killzone: Shadow Fall’ will include OWL skin, which will allow players to give their drone a unique appearance, MP Spotlight move, which will enable players to celebrate their victory over enemies with a special move and an official soundtrack, which is said to be ‘epic’.

SCE Worldwide Studios president Shuhei Yoshida confirmed during Sony’s press conference at E3 in June 2013 that ‘Killzone: Shadow Fall’, along with ‘DriveClub’ and ‘Knack’ will be PS4 launch titles.