Famous US-based video game developer and publisher Blizzard Entertainment is currently considering the option of adding in-game micro-transactions to its long-running and highly-popular massively multiplayer online role-playing game (MMORPG) ‘World of Warcraft’ (WoW). With over 8 million subscribers since March 2013, ‘World of Warcraft’ holds the Guinness World Record for the most popular MMORPG by subscribers. 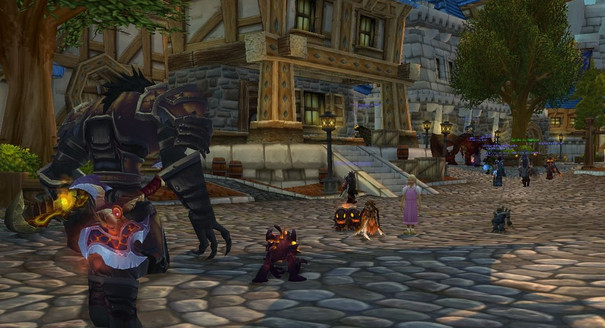 After a note which referred to an in-game store was revealed on the public test server, Jonathan Brown – community representative – made a post on the ‘World of Warcraft’ forum. He wrote, “We are currently exploring the possibility of adding a way for players in certain regions to make purchases directly within the game.” Brown went on to explain that, as part of this process, elements which are related to it will be appearing on the Public Test Realm (PTR). As the development moves forward, the company promised that it will provide additional updates on its plans.

For the time being, ‘World of Warcraft’ features an in-game shop, which allows players to purchase pets and mounts with real-world money, however, a micro-transaction system would be completely new to the game.

Despite its record-breaking success, ‘World of Warcraft’ lost 1.3 million subscribers in the first quarter of 2013. However, the popularity of the game is unlikely to fade away any time soon, as ‘World of Warcraft’ movie is expected to start shooting in 2014.