Two Japanese video game developers, Sora Ltd. and Namco Bandai Games, are currently working on the fourth installment of the highly-popular gaming series ‘Super Smash Bros.’, as it was announced at this year’s E3. The new game, tentatively named ‘Super Smash Bros. for Nintendo 3DS and Wii U’, will be published by Nintendo and is expected to be released in 2014, though the exact date is not yet revealed. 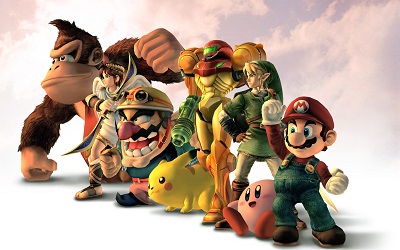 When it comes to any additional information regarding the highly-anticipated game, the mastermind behind ‘Super Smash Bros.’, Masahiro Sakurai, said that the fourth game will not feature all characters from previous releases, though they will try to put as many characters as possible.

Sakurai explained the reason behind this decision and it is a fairly simple one – there is not enough time to recreate all characters from the past. He said, “Adding new characters is not a simple addition. It’s really multiplication. The amount of work, adding a character is multiplied and becomes bigger and bigger as you go. We can’t because of the amount of work it takes.”

Sakurai assured players that the team will do as much as they can when it comes to including characters, as it is good for both fans and themselves, however, he did apologize in advance if a certain character is not in the final version.

Two ‘Super Smash Bros. for Nintendo 3DS and Wii U’ trailers were premiered during E3, introducing Wii Fit Trainer as a playable character and showing Mega Man’s addition to the rooster.