Popular game developer Mojang had some big shoes to fill. After the release of their first, highly-successful indie classic Minecraft, the studio is gearing up to present a new game called Scrolls. With all delays and problems behind them, Mojang’s official announcement on their website reads that the eagerly-awaited game will be launching as open beta on June 3, 2013. 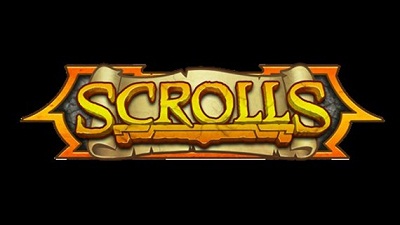 The game’s release experienced a few setbacks along the way. Mojang was involved in a lawsuit with Bethesda over the right to use the name ‘Scrolls’. The suit was initiated after Mojang wanted to register their new game under the ‘Scrolls’ name. Bethesda’s parent company Zenimax decided to respond with a lawsuit, claiming it was causing confusion with their ‘Elder Scrolls’ series. Luckily, a settlement followed and Scrolls by Mojang is to be released in a matter of days.

Scrolls is a strategic, card-based RPG title, available for both PC and Mac. Mojang recently released an official trailer for the game, as well as its price, which will be $20. Same as with Minecraft, the studio plans to allow players into the world of Scrolls before the game’s actual completion. New features will be added via updates as the game is heading towards gold status.