When a game beats something as huge as Call of Duty in Xbox Live activity it points to something quite special. Minecraft’s Xbox 360 edition has hit over $5 million sales on Xbox Live and the game that broke all sorts of sales records within its first 24 hours has done it again. 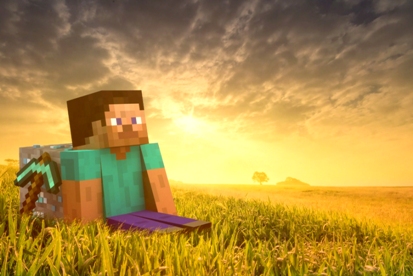 The $5 million sales includes only game sales and nothing else; no skin packs or other downloadable items were included in the figures.  A documentary has also been made on the game.  Minecraft breaking records is something that is not very surprising as the game is addictive and is by far one of the best games to have hit the gaming market in recent times.

The game’s PC and Mac counterparts have sold a whopping total of 8.7 million copies worldwide. If we include the Xbox 360 edition sales, then the total sales that this game has achieved is 17.5 million. Over 450,000 copies of the game were sold during the Christmas 2012 period alone.

Mojang’s Minecraft is one game every gamer should own and play. It assures countless hours of riveting entertainment and will give you good value for money as well. Microsoft, Notch and 4J studios are responsible for Minecraft’s record breaking success story.