With 2013 only a few days away, the gaming community will see a plethora of games being released across all platforms (PS3, PC and Xbox). Here are some of the top games to watch out for. 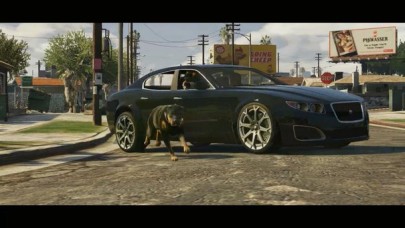 1. Grand Theft Auto 5 – This is one game every gamer is looking forward to play. The Grand Theft Auto (GTA) series has been a runaway hit ever since it began and gamers are dying to get their hands on GTA 5 as soon as it releases.  Once you have seen the trailer, you will definitely agree that words are not enough to describe the potential this game possesses.

2. Bio-Shock Infinite – The third game in the Bio-Shock series has nothing to do with the previous two renditions of the game. Unlike the other two games that take place in the underwater city of Rapture, Bio-Shock Infinite takes place in a floating cloud city called Columbia.

3. Grid 2 – Grid 2 is the long awaited sequel to ‘Race Driver: Grid’ that was released back in 2008. The first rendition of the game saw  players starting out as a racing driver right from the bottom of the pack and slowly climbing all the way up to owning and managing a team. Little is known about the upcoming sequel but gamers are hoping that Grid 2 will be more compelling than the first rendition of this series.

4. Tomb Raider – This game first hit PlayStation back in 1996. The female protagonist Lara Croft became a legend post the game and won over many hearts in a male-dominated industry. The new Tomb Raider set for release in 2013, explores Lara Croft’s origins as she fights a whole lot of bad guys on a remote island.

5. Watch Dog – This is one game that a lot of gamers in the community are looking forward to. From the developers that made Assassins Creed and Far Cry, this game focuses on hacking and technical proficiencies as weapons. The game play mechanic is quite innovative and along with its stunning visuals this game will definitely be a treat to play.