Gaming company Nintendo has announced that it will be releasing the Wii U’s multimedia TV guide named TVii on December 8, 2012. The Wii U is also set to launch in Japan on the same day and European and US users will have to hold off on the TVii functionality until next year. 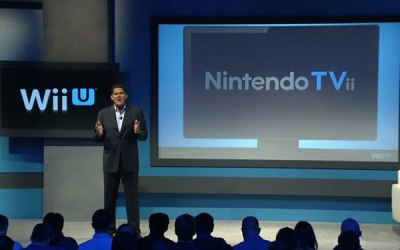 Gamers can use the GamePad to scroll through listings on Rovi’s G-Guide, which can be made available with the help of TVii. On November 16, 2012, it was announced that the TVii feature for the Wii U would be delayed into December, 2012. It was also noted that this launch would not conflict with the American release of the popular gaming console. This prediction did not live up to expectations, as the release date has now been pushed further back for the US and European markets, with only Japan getting a feel for it in 2012.

Users will find it a little strange that they have to pay USD 1.22 for them to use the Wii U’s GamePad as a television remote in order to control TVii. However, this is a minor cost considering the fact that many people also pay in double figures in order to watch Netflix on their Xbox 360 devices.

Microsoft usually outsold the console competition for a good 20 months before Nintendo got a piece of the action with the Wii U. After its launch on November 18, 2012 in the US , the console sold over 400,000 units within its first week itself.