Red Barrel Outlast is the latest in a string of horror based games to hit the market recently. According to the company’s co-founder David Chateauneuf, the game aims at ‘scaring the hell out of people’. 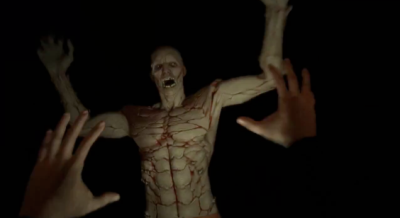 Other PC games such as The Walking Dead and Amnesia: The Dark Descent, have been enjoying some critical and commercial success, without having traditional combat and gameplay. Chateauneuf says that Outlast is like a haunted house and that it focuses more on survival rather than combat.

The former Ubisoft developers have released Outcast as their first title and are not letting people in on the exact plot of the game, saying that they like to play around with conspiracies and the like. In Outlast, players are to take the place of Miles Upshur, who is a journalist, who has uncovered some horrifying secrets in an abandoned Colorado asylum.

The game’s trailer makes some references to recruiting World War II Nazi scientists in ‘Operation Paperclip’. There is also some reference made to illegal CIA human experimentation, based on behavioral engineering conducted in the 1950’s under the moniker ‘Project MKUltra’.

Chateauneuf said that his team is looking to find their own direction from here on and that they would still have action games in their stables, with zombies being a part of the future as well. He said that people are starting to like games which allow you to click and explore worlds, without having gameplay involved.