Call of Duty: Black Ops II is a name on everyone’s lips at the moment. The game is set to release in a month’s time and it is already creating a buzz in the gaming world. The iconic Call of Duty has been a point of discussion for a variety of gamers, with some loving it, while others loathe it. 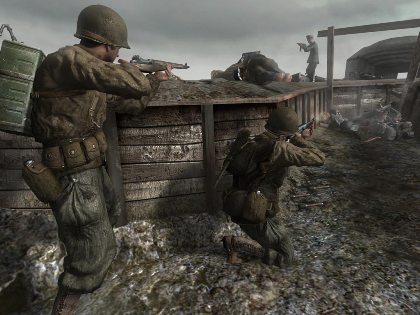 Game developer Treyarch has worked on this installment of the game as well, after working on the original version as well as World At War. Infinity Ward was the other developer in the original Call of Duty, and appears to be the more formidable of the two development teams. However, Treyarch will be trying to make a name for itself with this release.

Treyarch will look to capitalize on the game’s ‘Zombie mode’ which has been one of the most played game modes, allowing gamers to fight countless zombies with a variety of powerful weapons. It may well be the main reason some gamers play Call of Duty, and developers look to capitalize on this with Call of Duty II. Now up to 8 players can play it simultaneously online.

Other interesting additions in the new version of the game include ‘Strike Force Missions’, multi-player options, a variety of new weapons and many perks. With the new changes, Black Ops II is set to bring more to the table and it will be a wait-and-watch situation to find out if it will take the Call of Duty success to the next level.