Games Official: Sony Japan will officially launch the next version of the PSP, the PSP2 hand held gaming console, and it has been codenamed NGP. The launch may take place early next week, and this console should feature 3G and OLED touch screen. Through the 3G feature a user will be able download and play games online. 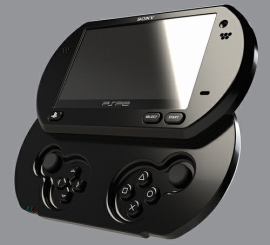 According to the news reports, it has not mentioned whether the 3G feature will be available in Japan after it is launched. The PSP2 may also feature Wi-Fi, as this is something that should enhance the capability of this device. Rumours state, the device could also have a High Definition screen, and also a touch pad on the rear of this device.

The reports have been published by Nikkei, which says, the processor of this device could be more powerful and efficient than what the users and gamers have expected. More rumours emphasize, the graphics of this device could stand in rival against the PlayStation3. The above reports can only be proved once the device is launched and reaches the market, till then these are only hopes placed by gaming enthusiast.