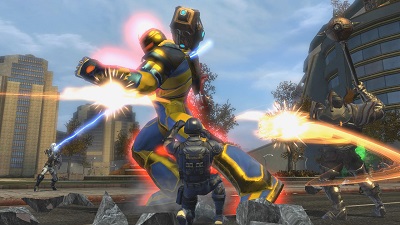 Hand of Fate – the game combining tabletop card trading and action RPG systems which has been funded by Kickstarter – will be released for Sony’s PlayStation 4 and PS Vita. The title has been developed by Defiant Development – the Australia-based studio – and plays out in a 3D dungeon. The game’s card-based combat features fully 3D character models and Hand of Fate will have action RPG combat systems.

The popular crowd-funding site Kickstarter went live in Australia in 2013 and Hand of Fate was one of its first campaigns to go live. The game is now scheduled to have its debut on PlayStation 4 and PS Vita, even though it was originally announced for Mac, PC and Linux.

Kim Allom, the Defiant Development associate producer wrote on the PS blog, “Being a roguelike, Hand of Fate’s strength is its nearly endless combination of cards and ways to play. The deck builder lets you determine a mix of combat, chance, and equipment cards for your deck before you set out on your quest. Equipment selection ramps up replayability as the player is introduced to a slew of artifacts, weapons, and armor that modify gameplay.”

Allom went on to write that players have the freedom to select their cards, however, how and when the cards are dealt is strictly up to the Dealer. Hand of Fate is set to be released to the public in April 2014, but no release date has been provided for the PlayStation 4 and PS Vita.