French multinational video game developer and publisher Ubisoft released its highly anticipated game Assassin’s Creed IV: Black Flag on October 29, 2013 and a little less than two months later, the studio will be launching Assassin’s Creed 4 Freedom Cry DLC on December 17, 2013 on PC, Xbox 360 and Xbox One. In addition to that, the company confirmed that the single-player add-on pack will be released in the UK on December 18, 2013 on PlayStation 3 and PlayStation 4. 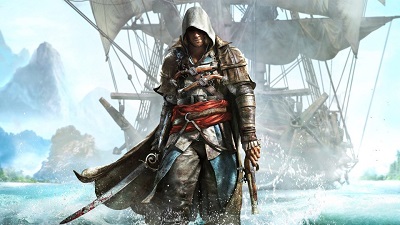 The upcoming Freedom Cry will be featuring nine missions and will have Adewale – Edward Kenway’s first mate in the original game – as the main star. The official blurb states, “Born a slave, Adewale found freedom as a pirate aboard the Jackdaw as Captain Edward Kenway’s second-in-command. Fifteen years later, Adewale has become a trained assassin and finds himself shipwrecked in Saint-Domingue with no weapon nor crew, starting a new adventure of his own.”

The DLC will be available as part of the main game’s season pass, which also features recently released multiplayer DLC Blackbeard’s Wrath.

As soon as it made its debut in late October 2013, Assassin’s Creed IV: Black Flag was welcomed with positive reviews. Even though the latest installment is in no way perfect, the studio managed to offer plenty of memorable experiences to players, putting many other open worlds to shame.