US-based multinational corporation Microsoft’s next-gen console, the Xbox One is doing well when it comes to sales ever since its release on November 22, 2013 and the latest report states that it managed to dominate console sales during the Black Friday sale in the US last week. InfoScout – the data analysts – said that the Xbox One scored 31 percent of total hardware sales during the period, which made it the highest-selling console. 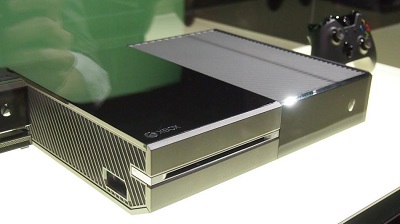 In addition to that, the company’s Xbox 360 managed to score 30 percent share, which resulted in a joint lead of Microsoft of 60 percent. Meanwhile, Sony was not as lucky and had joint sales of the PlayStation 3 and PlayStation 4 amounting to 30 percent in total, while the combined sales of Wii and Wii U was only 7 percent.

Jon Brelig, the analyst explained that the shortage of the PlayStation 4 most likely contributed to the impressive victory of Microsoft. He said, “Their [Microsoft’s] success can be largely attributed to limited availability of the PS4 in addition to Walmart discounting the Xbox 360 down to $99 for Black Friday.”

Additionally, software sales surpassed console sales and Call of Duty: Ghosts was the top-selling game during the period. Disney Infinity came in at number two and beat out Skylanders: Swap Force, which scored the third position.