French global video game developer and publisher Ubisoft’s Assassin’s Creed 4: Black Flag was released on October 29, 2013 and the game enables players to rate each mission thanks to its mission rating system. A spokesperson for the company has revealed the functionality’s results and what is the best-rated mission so far. 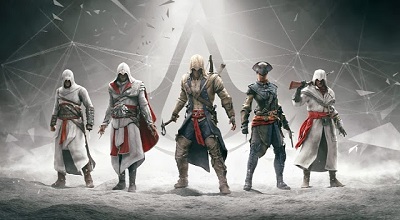 Jonathan Dankoff, Ubisoft Montreal User Research Project Manager stated that players of Assassin’s Creed 4: Black Flag have used the opportunity to rate the game’s missions onboard and the results unveiled an early favorite in the franchise. He also mentioned that the studio is in the beginning stages of gathering data, but that even now it is impressive to see how the mission ratings closely correspond to Ubisoft’s playtest sessions before the official launch.

Dankoff said, “The current favorite mission decided by our fans is Sequence 02 Memory 06: The Treasure Fleet, but I look forward to seeing how the data evolves as more people play!” Once they complete a mission, players are encouraged to rate their experience on a five-star basis. However, users are allowed to skip this step, if they do not wish to do it.

The studio’s highly-anticipated game was released worldwide last week to positive reviews and after a post-launch controversy, Ubisoft decided to cancel its uPlay Passport system entirely.