US-based video game developer and publisher Sony Online Entertainment (SOE) has confirmed that its free-to-play MMO DC Universe Online is set to receive a massive visual and gameplay update. The game will be prepared for its upcoming PlayStation 4 launch with Game Update 31, which will provide ‘a sweeping, game-wide graphical upgrade’ before the next-gen console’s release in November 2013. 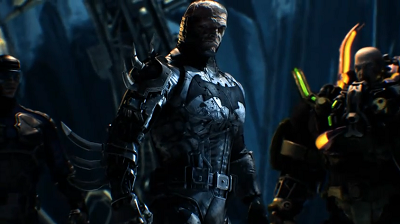 Sony Online Entertainment is promising some major upgrades when it comes to the game’s art and textures for PC and PlayStation 4 versions. Additionally, all platforms will feature multiple design improvements which will be implemented into the game’s core gameplay.

The developer said, “You’ll notice right away that we have improved how characters progress from 1-30. New content presents itself naturally as you level, and there is less chance of getting lost or stuck without a mission.”

Game Update 31 is scheduled to be released this week via the PC Test Server and a final launch on PC and PlayStation 3 will be targeted in early November 2013. DC Universe Online is set to be released for PS4 ‘within the console’s launch window’, which most likely means it will debut before the end of March 2014.