US-based multinational software corporation Microsoft has unveiled a premium ‘Pin Ultimate Edition’ of the upcoming fighting game Killer Instinct, which is being developed by Double Helix Games and is set to be released on Xbox One. The special edition of the game will be sold exclusively through the Microsoft Store, will come in a physical box featuring a download code and two limited edition pins and its price has been set at $59.99. 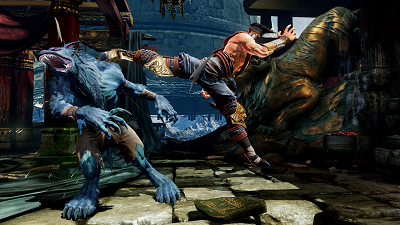 The two limited edition pins – Jago and the Killer Instinct logo – are part of a 16-pin collection and other pins will be available to purchase separately or will be featured in the future promotional activities. Microsoft said, “Each character will get its own pin and the official Killer Instinct page will reveal surprise pins, every month until the end of the season, that can be earned through your community and in-game efforts.”

The premium edition of the game will also feature all the Killer Instinct Ultra Edition content. Killer Instinct is set to be released for Microsoft’s next-gen console at launch, on November 22, 2013 and will be free-to-play, with Jago as a single playable character. There will also be a ‘Combo Breaker pack’ which will have the first eight characters and will be priced at $19.99 or £16.99 or €19.99.

In addition to that, fans will be able to get the Ultra Edition, which will feature eight characters from the Combo Breaker pack, as well as character costumes, character accessory packs and the original “Killer Instinct” arcade game.