Japan-based multinational consumer electronics company Nintendo is getting ready to publish the two highly-anticipated games, Pokemon X and Pokemon Y, developed by Japanese video game developer Game Freak. The games are scheduled to be released on October 12, 2013 and are already breaking records in Japan, as they are the most-ordered games in the country, ever. 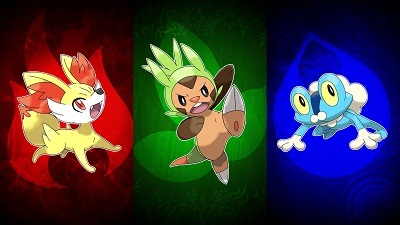 With 10 days to go before the official launch, Pokemon X and Pokemon Y have managed to surpass the earlier record-holders, Pokemon White 2 and Pokemon Black 2 by 100,000 units, as the new games already received 1.26 million pre-orders. In addition to this, digital sales or hardware bundles are not included in the current number, which means that Pokemon X and Pokemon Y’s performance will be even greater once they become available.

Even though the games’ statistics is not yet available when it comes to the rest of the world – as video game records are followed extensively by independent agencies in Japan – it is very likely that Pokemon X and Pokemon Y’s success will be equally amazing in international markets. The two games will be released very soon after FIFA 14 and Grand Theft Auto V, but just before Call of Duty: Ghosts, Super Mario 3D World and Assassin’s Creed IV: Black Flag and will hopefully modernize the international market for video game software.

Pokemon X and Pokemon Y is scheduled to be released for the Nintendo 3DS line of systems, including Nintendo 2DS.