Sony and Microsoft are gearing up for the release of their highly-anticipated consoles, PlayStation 4 and Xbox One and it seems like gaming enthusiasts in the US already have their favorite among the two next-gen devices. The latest poll – conducted by Reuters – showed that the PS4 managed to attract more interest among gamers than its toughest competitor, the Xbox One. Over a quarter of people who participated in the poll (26%) stated that they would rather buy a PlayStation 4, while 15% opted for an Xbox One. 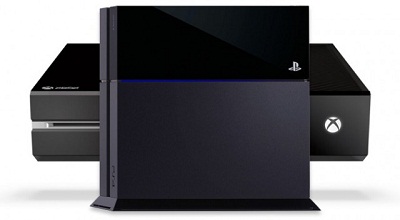 Even though the survey was conducted among a small number of people (only 1,297 participants), the difference in the two consoles’ popularity was very precise, particularly among younger gamers. Out of the respondents under the age of 40 (408 of them), 41% stated that they would purchase Sony’s PlayStation 4, while 27% chose Microsoft’s Xbox One. Meanwhile, just 3% said that they would play games on Wii U.

Over the years, Sony and Microsoft had different takes on hardware approach, PR and feedback from consumers. As the two companies were revealing more and more details about their upcoming next-gen consoles, they have experienced ups and downs.

Microsoft received plenty of negative feedback when it announced pre-owned fees and online authentication, while Sony earned a standing ovation at E3 in June 2013, when it promised it would to the opposite. Microsoft changed its controversial policies in the end and the company’s head of the Xbox executive team, Don Mattrick quit and found a job at Zynga.