US-based multinational video game developer and publisher Rockstar Games is set to release ‘Grand Theft Auto V’ (GTA 5), probably the most prominent game of 2013. The upcoming, highly-anticipated release is going to be the biggest and the most successful game of 2013 – most likely ever – but ‘Grand Theft Auto V’ is also skipping the next-gen consoles. Meanwhile, most other AAA titles, including ‘Assassin’s Creed IV: Black Flag’, ‘Call of Duty: Ghosts’, ‘Watch Dogs’ and ‘Battlefield 4’ will be available on the Xbox One and PlayStation 4. 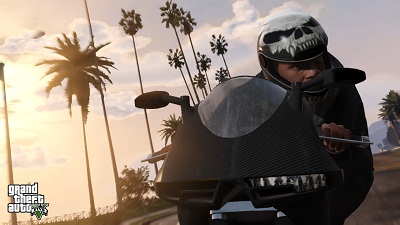 Regardless of that, Rockstar Games will be supporting its new game, even while the next generation becomes more present in the upcoming months. While speaking to the media about the company’s plans for GTA Online as players move on to the next generation, Leslie Benzies – Rockstar North president – said that the studio already has plans for what the next world will look like, in terms of new content, missions, apartments and clothes.

However, the developer also wants to see what people are playing and Rockstar Games team will be putting a lot of effort into the back end, so they can keep an eye on how long players are spending in races, death matches and other modes. Benzies said, “And if we see any peaks anywhere, then we know where to concentrate our efforts. There’s not a lot of data out there for us. There’s very few games like GTA Online – so we’ll play it by ear and see what the consumers want.”