Games Official: We have herd of many accessories to have been launched for the Xbox 360 and the PlayStation3 gaming devices, for they are specially made for these devices to give a better look and design. Recently Marvel has unveiled its Fighting Pad controller, and as of now the pad will be available for the Xbox 360 gaming console. 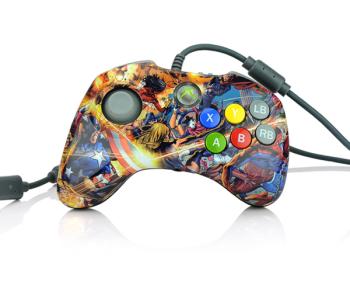 The new pad will have a number of Marvel characters on it, which will surely enhance the looks of the controller. There are some changes in the places of the buttons, as the LB and RB controls are on the top of the controller, and the analog stick control has been extended so that one can have a better grip on this device.

The Start and Select buttons on a normal controller are below, but they have been moved to the top of the pad and the additional analog stick has been removed. According to the developers, the Fighting Pad will be available for the Xbox 360 for now, but if it is successful in the market they shall launch a PlayStation3 version too.