Owners of Microsoft’s Xbox One will have to subscribe to Xbox Live Gold in order to use the next-gen console’s new Game DVR functionality. An Xbox Live promo page states that this feature is one of the benefits offered exclusively for those players who hold Xbox Live Gold accounts, which indicates that non-subscribers will not be able to access the feature. 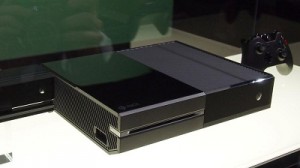 An Xbox representative spoke to the press and said, “I can confirm that Game DVR features will be available to Xbox Live Gold members only.” It has been confirmed on Monday, August 5, 2013 that the Xbox One’s Game DVR feature will enable the upcoming, highly-anticipated console to record gameplay clips at 720p and 30 frames per second and players will be able to share them with others, thanks to Xbox Live.

Marc Whitten, chief Xbox One platform architect, stated that the DVR function – which can record in-game footage directly to the Xbox One cloud – will be featuring a frame rate and fixed resolution, regardless of the game’s original settings. He also confirmed that players will be able to see those clips in the Xbox One Guide, in their own Game DVR collection, as well as when they are looking at gamecards on the system. In addition to that, Xbox One will record the last five minutes of a player’s gameplay automatically and the footage can be streamed live to Twitch TV.