US-based provider of social game services Zynga has announced that it will close down the OMGPOP division that it bought in March 2012 for $180 million. This move is just one, out of many, that typifies the dangers of overvaluation, as well as unexpected twists and turns within the social games market. 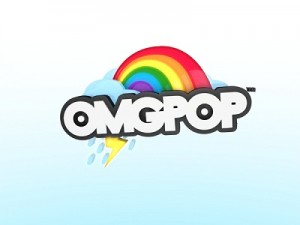 The OMGPOP studio was purchased 18 months ago, as the publishing industry was overtly excited about the potential financial gain from owning the ‘Draw Something’ game and its creators. However, the highly-popular game never managed to achieve the long-term appeal everyone was hoping for and even though it experienced an unexpected surge in popularity, the hype surrounding ‘Draw Something’ died down just as quickly. As part of its recent layoffs, Zynga emptied the OMGPOP offices in June 2013 and confirmed on Monday, August 5, 2013 that the division would be closed down by September 2013.

As a result of this recent move, four other games will be taken offline too, including ‘Gem Rush’, ‘Cupcake Corner’, ‘Snoops’ and ‘Pool World Champ’. Don Mattrick – newly hired chief executive who quit the Xbox One project in order to join Zynga – has promised a root-and-branch review of the company’s business operations. An official statement from the company read, “Our goal at Zynga is to give players the opportunity to play the most fun and social games on the web. With this goal in mind, we have decided to close some OMGPOP games to make way for new and exciting gaming opportunities. We regret that this decision will affect some of our players, but we invite you to you visit Zynga.com and try some of our other games.”

In July 2013, Zynga confirmed that it has lost almost half of its daily active users in the past 12 months.