US-based video game developer and publisher Blizzard Entertainment has confirmed that Diablo 3 will not be one of the launch titles for the PlayStation 4, but it is scheduled for a 2014 release. The third installment in the highly-successful franchise was released for Microsoft Windows and OS X in May 2012 and will premiere on the PlayStation 3 and Xbox 360 on September 3, 2013. The exact release date for the PS4 is yet to be revealed. 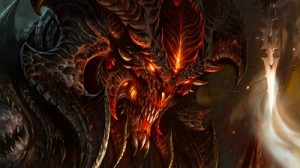 Blizzard Entertainment stated that the team had just received the new console generation development kits, so the actual translation to those platforms still needs to be done. However, the team is very much interested in the features of the PlayStation 4 controller and will attempt to do something cool with the share button and trackpad.

The company confirmed that the highly-anticipated game will come to the PS4 sometime in 2014 and mentioned that its creative team likes to try and get the most out of various features that those platforms have, rather than simply porting the game to each of them. For the time being, there is no mention of an Xbox One version of Diablo 3, but Blizzard Entertainment did mention platforms, as in plural, so there is a possibility that the company is working on that version as well.

If this turns out to be true, then 2014 release for Xbox One is also very likely.