As the next-gen console enthusiasts are eagerly waiting for the release of Xbox One in November 2013, US-based multinational software corporation Microsoft has announced the price of their latest Xbox One controller. According to the Microsoft store, the controller will be priced at $59.99, while the headset will cost an additional $25. This is an unforeseen cost to an already pricey system and the company stated that there will be no backwards compatibility between controllers or headsets of Xbox 360. 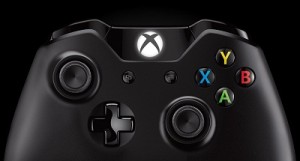 Microsoft has confirmed that one Xbox One controller will be included in every bought Xbox One kit. The controller in question uses a rechargeable battery pack, of which an extra one can also be purchased for an additional $25. The company has stated that, at some point in the future, they will make adapters for the latest Xbox One controller and this will enable for a myriad of gaming headsets to be easily connected to it. However, until that happens, gamers who want to talk to other players from across the globe as soon as the console is out will have to pay a little extra for that pleasure.

While some people will most likely condemn Microsoft for this tactics, here is a reminder that the company’s biggest rival Sony also has a policy that is more or less the same. Sony’s controller will cost $60 as well and will have no backwards compatibility. Even though no one is happy about the high prices of controllers, this is not a Microsoft (or Sony) issue, but an issue of gaming industry in general.